From the World Cup to jumpers for goalposts, football is well renowned for being the beautiful game. Beautiful and occasionally brutal. From the grassroots up head clashes, crunching tackles and stretching to smash in a last-minute winner all make football a sport for both the brilliant and the brave. It really is a game of two halves.

In recognition of this, the FA run a mandatory National Game Insurance Scheme for all 11-a-side teams in England. However, many amateur and semi-pro players are concerned by the lack of financial support this mandatory cover gives them and increasing numbers are opting for their own individual personal insurance policies.

Looking at injury as well as financial figures, this is a valuable move. Perhaps surprisingly, footballers suffer more injuries than cricket, hockey, badminton and even rugby players. The good news is that footballing injuries are generally less severe than those sustained in other sports. Minor injuries can still have a massive impact though.

Take the humble metatarsals for example. World-class players like David Beckham, Wayne Rooney and Neymar Jr have all had major championship challenges messed around by relatively minor metatarsal injuries. Who knows how far Neymar Jr could have rolled in Russia had he been fully fit?

Whatever severity, due to the nature of the game most football injuries affect the lower half of the body – the groin, pelvis, hips, knees, calves, ankles and feet. Generally injuries are a result of trauma from landing awkwardly or a badly-timed tackle. Around a quarter to a third are stress-related though, sustained from over-use. This means you can still pick up an injury no matter how carefully you play. 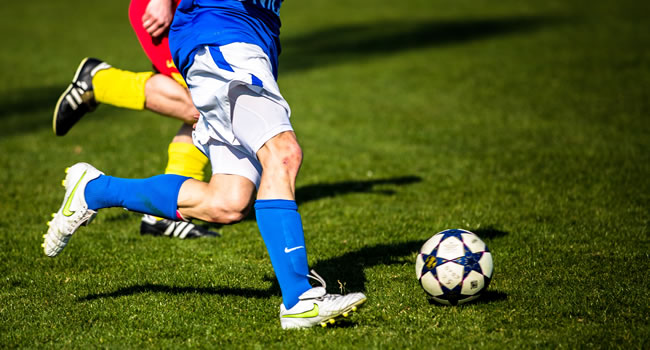 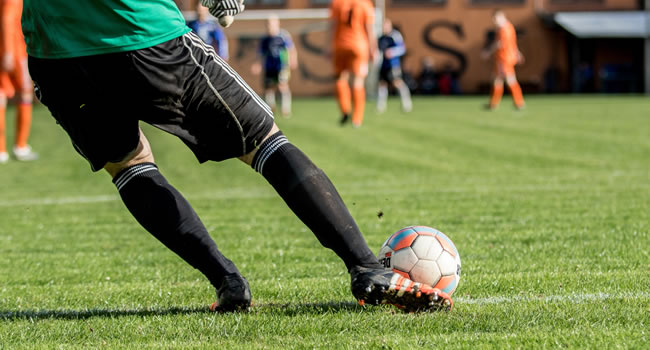 Despite their fame, metatarsal problems aren’t the most common footballing injuries. Hamstring strains take this honour, mostly as a result of all the sprinting required in the game.

As well as being painful, hammy strains need rest and can take up to three months to heal. Sprained ankles are the second most common injury. They can happen when the foot is rolled inwards, causing the ligament on the outside of the ankle to stretch beyond where it is willing. All sprains are categorised from 1-3 based on their severity and can make tasks like walking or driving very difficult.

ACL problems are also well-known in football because of the sudden stops and changes of direction in the game. The ACL can be stretched, torn or partially torn and recovery may require surgery. The reality is that football is a contact sport and no matter how well prepared you are accidents and injuries can happen.

Sprains, tears and knocks may literally be a part of the game, but they still have the potential to put not only your playing career on hold, but your professional career as well. Whether you are a player or match official it is important to have good sports insurance cover to protect yourself and your income.

We offer the best injury cover at the best price so you can play with confidence knowing you are sorted should an injury strike. Contact us for a quick quote or use our live chat to discuss your policy options. Result!

What type of sports injury insurance cover do you require?